Is it a good idea to ban letting fees?

Letting fees are a cost which have historically been charged to tenants by property managers when they move into a property. It is usually equivalent to one week’s rent. It is a large cost for a tenant to bear, especially if they are only going to live in the property for 3 – 12months.

While taking a sabbatical in Auckland in 2017, we rented a property for 6 months and were charged a letting fee of $735. Pro-rated over the 6 month period, this essentially increased our rent by $28 per week (735 divided by 26 weeks). That’s a decent chunk of change! And the landlord never even sees that money. It all goes to the property manager.

From Dec 12th 2018, charging letting fees will be illegal in NZ. This has caused a large amount of outcry and debate on both sides of the argument…

Essentially property managers are saying this will make rents go up as they will have to pass on the cost to landlords instead (so, therefore, landlords will up the rent to cover the cost). While those defending the ban say it’s a stupid fee that punishes tenants.

Here is a bit of background reading…

Bye-bye letting fees, a win-win for landlords and tenants

Is it a good idea to ban letting fees?

If a letting fee contributes to and improves the revenue/profitability of a property management company then the follow-on is that it essentially allows them to charge landlords less per week to manage their properties.

So inevitably you end up with a situation where tenants are subsidising a service that the owners are receiving. I can’t think of any other industry that works like that. I think it’s good that letting fees for tenants are being banned and if there is a fee, the owner should pay it (and that is coming from someone who owns multiple investment properties).

Properties with high tenant turnover shouldn’t have their inefficiencies hidden by on-charging costs to the tenant. Those properties should be cheaper in the first place due to their inability to attract and keep good tenants.

If banning letting fees results in slightly higher rents (which is debatable) then tenants would, in my experience, take that deal any day of the week.

The whole business of charging letting fees is an example of an industry taking advantage of their customers (tenants) being in a weak negotiating position where they don’t have a choice but to accept the charge. Now in saying all that, this isn’t a rant against PM’s. A good one is worth their weight in gold.

I just think if you need to charge a fee, the owner should pay it. They are the ones being provided with a service at the end of the day.

A positive side-effect of removing letting fees is that it makes it easier for tenants to leave unhealthy homes and move to better rental properties. This will happen because you won’t have to pay an extra one week’s rent (the standard letting fee) each time you move. This, in turn, will reward good landlords who provide warm, dry homes and will incentivise owners of lacklustre properties to spend money to improve their rental properties so they can keep good tenants.

(Cheers to my Dad, John for highlighting that last point).

I would love to hear your thoughts below. Are you for or against the banning of letting fees? 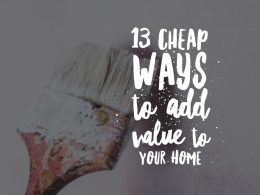 13 Cheap and uncommon ways to add value to your home…

Are you looking for cost-effective ways to add value to your home? Would you like to increase your…
20 shares
20
0
0
0
0 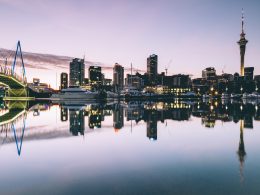 Henry Cooke from stuff recently put out this report which is worth a read. My two cents on… 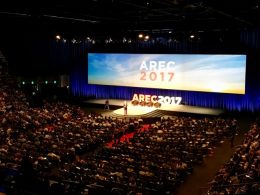 Golden sand, never-ending beaches, warm enough weather to wear shorts and a t-shirt – what’s not to like…

Tips for getting your mortgage application approved

If you are planning to apply for a mortgage in the near future, there are steps you can…
2 shares
2
0
0
0
0