In this weeks mailbag we provide a market prediction (living on the edge!), and answer a question around a potential bathroom renovation.

Email your question to: property@andrewduncan.co.nz

“I’m a new migrant. I’ve arrived in NZ last October and have been living in Half Moon Bay, Auckland.

We are living in a rental, and are now trying to buy our first house.

One basic question. When do you think when is the best time to buy a house in Auckland. One of my friends said that the price usually goes down when there is an election. How much do you agree with this?”

From what I can see (and this is very much my personal view):

Auckland prices have come back – closer to where they were 12 months ago. This is largely due to the 40% LVR restriction for investors that kicked in late last year and (from what I understand) banks becoming stricter on / stopping lending to people whose incomes are not generated in NZ. Crazy that they used to be doing that up until recently!

I personally expect prices to potentially drop a bit further in Auckland but probably not by much. If interest rates go up by 1 or 2% then we will see more of a correction though. Economists seem mixed on whether that will happen.

Wellington has only really had 1 or 2 years of good growth (unlike Auckland) and sale prices haven’t gone completely out of kilter with rental returns so I expect that market will keep going well for the foreseeable future, possibly with slower growth though (5-10% per year possibly).

I expect the same for the majority of the rest of the Country over the next 12 months, continued growth but at a much slower pace. I expect more and more people to cash up out of Auckland (and in some cases Wellington) to move to other areas like Tauranga, Whangarei, Hawke’s Bay, Paraparaumu, Otaki and the Wairarapa, with those markets continuing to prosper.

At any point some major event could occur which could change things but in my experience NZ is a pretty stable market, we have so much demand from people wanting to move here and we aren’t afraid to knuckle down and pay the mortgage if rates go up and things get tough.

One interesting thing I am seeing in Auckland – apparently banks are starting to withdraw funding from developers. Banks are saying the funds are harder to get as saving rates are historically very low (they are having to go off-shore for funding) but there could be (and I expect there are) other reasons. There are massive numbers of apartment building projects that seem to be stalling right now while developers try to figure out what to do. With continued complaints of a housing shortage (some people say we need an extra 25k – 40k houses in Auckland to keep up) this is a real shame. Apartments aren’t everyones cup of tea but some more supply would really help the market up there.

If you look through Auckland listings on trademe / realestate.co.nz you also see an increased number of properties in central areas with 1000+sqm sections and resource consent for 3-4 townhouses or more suddenly up for sale. In a good market these sorts of land-bank situations are impossible to come by. Seeing more for sale could be another sign that banks are pulling funding and developers are trying to sell up while the market is near it’s peak.

So in answer to your question – long term Auckland will always be a fantastic place to own real estate. As long as you are going to own the property for 5 years or more then timing the market doesn’t matter too much. You will do well as long as you hold the property long enough.

The market normally slows down in an election year. So you could look for opportunities during this time (just before the election) as there may be fewer buyers out there so you could have less competition.

Best of luck with your search.

“I’ve just bought a small 2-bedroom unit and want to renovate the bathroom. There’s currently a shower over bath and space is quite tight. I’m thinking I could have a separate shub and a small shower cubicle (so older people don’t have to climb into a shower over bath) or I could get rid of the bath and put in a big-ish shower cubicle.
If I get rid of the bath all together, will I risk losing quite a few potential buyers in the future? Young families and people who love baths?”

It’s a good question – one I used to get asked quite a lot.
I always advised going for the bigger shower box (removing the bath altogether) in this situation. Generally with a 2 bedroom unit you are better off (future sale wise) catering to a young professional type market who like having a good shower and don’t mind not having a bath. Or an older person / couple who don’t want a shower-over-bath they have to climb into.
It looks so much more appealing to have the big shower box. It makes the bathroom more spacious and gives it a modern feel.
It would put off some young families, although I often found they were wanting a 3 bedroom home anyway, so I don’t think it will cost you many buyers down the track. The renovated, spacious bathroom will add a whole lot of value. In fact you would gain more buyers than you would lose by making that change.
So all in all, definitely the shower (with no shub required).
Have you got a question? Email it to property@andrewduncan.co.nz. I’ll do my best to help.
0
0
0
Total
0
Shares
Share 0
Share 0
Share 0
Share 0
Share 0 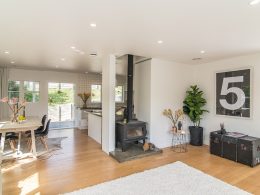 Don’t Let Your Conditions Cost you Next Time You Make An Offer. 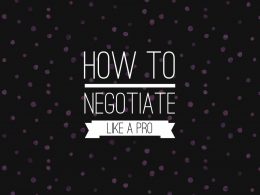 How to negotiate real estate: Tips for every scenario

Learning how to negotiate while buying and selling real estate is a tricky business. The process can be…
22 shares
22
0
0
0
0 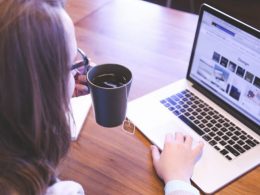 READER: I have a question, brought on by Wellington’s crazy house market. I sold my house last year… 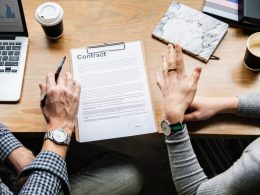 What you need to know about Conditional vs Unconditional offers.