How to donate effectively

Organisations like GiveWell, and the charities they support fly under the radar because they don’t have big marketing budgets. They don’t hire marketing companies to knock on your door and they certainly don’t run TV adverts. They spend as much money as possible on the causes they believe in because that’s the right thing to do.

Hands up if you get frustrated when random strangers knock on your door asking you to donate money to their charity of the week?

Why do they insist on visiting during the witching hour? Right when you are busy trying to entertain 2 tired kids and cook dinner at the same time.

There is something obvious about the branded high-vis vest and the way they approach the conversation which leads me to doubt whether they actually work for the charity they are supposedly representing.

Still, I find myself chatting to them for far longer than I should. Waiting politely as they reel off a long-practised monologue about a charity they themselves probably don’t financially support.

It is my understanding that the vast majority of the time, these door-knockers are working for a separate marketing company, hired by the charity to raise funds. Furthermore, the word from inside these organisations is that it’s not uncommon for the marketing company to receive 100% of your donation for the first 12 months as commission.

So let’s say you commit to donating $30 per month of your hard-earned money to a well-known international organisation via a nice young person who knocks on your door. You could be donating for a whole year, spending a whopping $360, before that organisation sees any money at all! You are literally paying hundreds of dollars for someone to come to your house and interrupt you at the worse possible time.

Why do people fall for this?

Because you care. You are a nice person. Because you feel bad for those who are less fortunate. And those sales-trained door knockers have been primed with scripts and dialogues to pull on the heartstrings and encourage you to part with your money.

But there must be a better way to donate?

There absolutely is. There are charities that don’t hire door knockers to extract funds. Organisations who are transparent about their costs, their effectiveness and their future needs.

You just need to know where to find them.

A great first step is to check out the GiveWell website: https://www.givewell.org/

GiveWell is a charity evaluating organisation that analyse organisations from all over the world to find out where your donation can do the most good. Where it can save the most lives.

How come I have never heard of GiveWell?

Organisations like GiveWell, and the charities they support fly under the radar because they don’t have big marketing budgets. They don’t hire marketing companies to knock on your door and they certainly don’t run TV adverts. They spend as much money as possible on the causes they believe in because that’s the right thing to do.

It turns out the most effective charities in the world (reducing the most suffering per dollar) have really boring names, too.

Have you ever heard of the ‘Against Malaria Foundation’? Neither had I until a few years ago.

This incredible charity is ranked No.2 in the world by Givewell in their list of the most effective charities.

What do they do? Against Malaria provides mosquito nets to people living in developing countries.

Malaria kills over 400,000 people annually, mostly children under 5 in sub-Saharan Africa. Mosquito nets (as boring as they sound) save lives. Recipients hang the nets and sleep under them so they are not bitten by malaria-carrying mosquitoes.

Each net costs approx $5. And according to their peer-reviewed research, every $3,000 – $5,000 donated to Against Malaria will save a life.

Imagine that! You could actually save a human life for as little as $3,000 USD.

I encourage you to visit the GiveWell website to read more about the most effective charities in the world. And to learn how you can donate your money where it will do the most good.

If you are based in New Zealand and would like to make your donation tax-deductible, you can do so by going through the Effective Altruism Charitable Trust:

Next time a charity salesperson knocks on your door – ask them how much it costs to save a life through their recommended organisation?

And ask them to go and check out the Against Malaria Foundation. 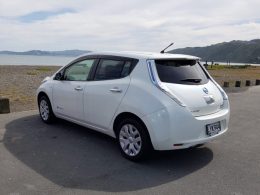 What it’s really like to own an electric car

We’ve all heard that electric cars are better for the environment. But what are they like to drive… 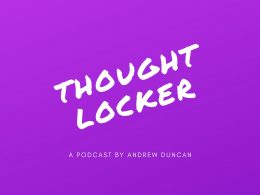 Podcast: How to create the future you deserve

“When the world around you is changing and new and different opportunities present themselves, you want to be…
1 share
1
0
0
0
0 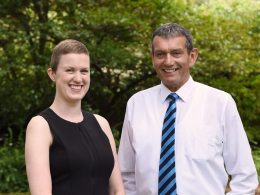 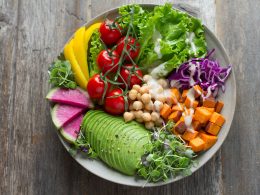 You don’t need to change your entire diet and go vegan to help reverse climate change. One meal…