Who should first home buyers (and real estate agents) vote for?

The home ownership rate in NZ is currently the lowest it has been in 66 years (approx 63%).

It peaked at a high of 73.8% back in 1991 and has been falling ever since. So what’s happened since then? We can all agree, I hope, that a higher home ownership rate is a good thing for families, for children and for our society as a whole. So how do we improve it?

Is a Labour government or a National government better for first home buyers?

Disclaimer: First up, I am aware of the age old saying – never discuss religion or politics in public. So please accept this post as intriguing info that is potentially worth pondering. I am not attempting to promote any particular political agenda and encourage you to complete your own due diligence on who you vote for.

With that disclaimer out of the way and at the risk of exposing myself to heated opinions, let’s have some fun!

You only get an election every 3 years anyway, right?

Since I was young, I was always told that a Labour government was good for the real estate market, at least in Wellington anyway. Labour encouraged more job-creation, especially in government departments, resulting in more confidence and more money flowing around, which would naturally lead to positive growth in house prices. The flip-side is, Labour open the coffers, spend up large and get the country into debt.*

*Some would argue our Country is like a young family – we can afford a bit of debt to help us get ahead in life. Tough to buy your first home without a mortgage, right?

But is all this actually true? Which government is better for first home buyers? Which party is better for the real estate market in general?

The stats available go back to 1992 which ties in nicely with the last 3 long term governments:

The chart speaks for itself, but the breakdown is even more telling.

Building consents are a tricky business and there are a lot of factors that go into it. Including availability of builders, red-tape, availability of land etc. Plus, not all consents end up being used so an issued consent doesn’t guarantee a new home was built. Others will be able to comment further on the reasons behind those figures. Nonetheless, those are some impressive numbers!

On average, 300-350 more new residential building consents were issued under Labour every month (these numbers don’t include alteration consents). This works out to an extra 3,600 – 4,200 new building consents per year.

That amount of new builds would put a reasonable dent in the excessive housing shortage we have right now. Even at the low end (3,600 new consents per year) that could have added an extra 32,400 new homes to the pool of available housing over the last 9 years.

Under which government did we see more properties change hands each month?

Why does this matter? Turnover is everything in a real estate market. More sales each month results in more choice for buyers. This can only be a good thing for those trying to get into the market. It also makes it easier for existing owners to ‘trade up’ which in turn means they then sell their existing property to a first home buyer. And the circle of life continues! Up to 1400 more properties changed hands every month under a Labour government.

In a slow market with low volumes, owners are more likely to ‘stay put’ because there isn’t much on the market to choose from. They are unlikely to find a house they desire enough to warrant going through all the stress and hassle of moving.

Right now, no one is building warm, single-level, 2-3 bedroom homes for retiring baby boomers to move into, which stops them selling their big family homes in the burbs that they no longer need (and in some cases can no longer even afford to keep warm). This has been seriously holding up the flow of potential first home buyer-type properties coming on the market for years.

Since 1992, the 10 highest turnover months all occurred under a Labour government:

Meanwhile, 8/10 of the lowest turnover months occurred under a National government…

Does the government have an effect on the median sale price? Is the crazy recent price growth an anomaly? Is it partly a result of National being in charge?

So what caused all this?

I can’t work it out. I’ve even analyzed Net migration numbers over the same period and can’t see any massive reason for the differences highlighted above:

So what else could be involved? I’ve gone back and reviewed all major policy decisions made by the Helen Clark Labour government. I can’t find a single policy that would have caused the differences in turnover and building activity. I can’t even find a single housing policy of note.

Now, before all you National voters blow a gasket…

Correlation does not equal Causation

Were there other factors at play during all these years? Yep, no doubt. In 1990 I was only 6 years old so I am in no place to comment on the economic landscape at that time.

Am I cherry picking data to ascertain an interesting conclusion? Possibly.

Is it still worth sharing? I think so.

Based on the data above: If you are looking to buy your first home and you want to have an easier time getting into the market, then based on historical performance you would definitely need to consider voting for Labour. There is a lot more to it than just housing influence though so check out all party policies before you vote.

Just because the Labour government from 1999 – 2008 was good for first home buyers, doesn’t mean it was good for everyone else too.

Do you work in real estate? Then based on the numbers above you definitely should be voting for Labour! Look at all those extra sales you could be missing out on right now!! 🙂

Meanwhile, Labour is elected in times of confidence, while the nation is potentially feeling more socially responsible, ready to spend more money to invest in infrastructure and to help those less fortunate (building more state houses etc).

Maybe that is just the natural order of the political landscape? National tighten the screws and get us through the tough times. Then Labour comes in, spends up large and we party like it’s November 1999 (literally).

Labour is like a night out with old friends where everyone gets cheap drinks and all the buskers get paid. National is like going to that 6 am gym class every morning followed by a Paleo breakfast (hold the sourdough, thanks!).

Does one just happen to balance out the other every 9 years?

I would love to hear your comments on this. Particularly thoughts on what the housing environment was like in the early 2000’s and what factors might have led to the sizable discrepancy in the numbers above.

PS. I’d just like to make a shout out to Statistics NZ regarding their infoshare platform, the source of the data on new residential building consents and net migration numbers featured above. Amazingly easy to use.

PPS. Make sure you enrol to vote and have your say people!

Further reading: This cool page on the NZ Herald website lets you compare the performance of Labour vs National over the last 18 years. 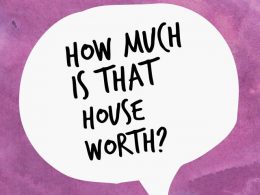 The 5 step home valuation method: Work out the value of any property…

This post will provide you with a quick, easy home valuation process to help you decide what any…
1 share
1
0
0
0
0 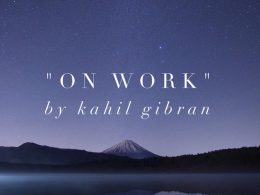 “On Work” by Kahil Gibran

Some Wednesday motivation for all your hard working people out there. And a little bit of encouragement for… 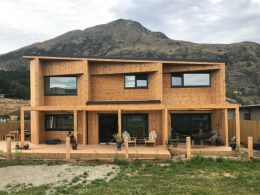 How to create the warm healthy homes we all need

An ex-Nasa engineer explains how to find and/or build the healthiest homes possible. 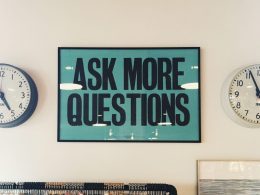 Q&A Mailbag: Should you buy an apartment as your first home?

In this weeks mailbag, we answer a common question about whether you should consider buying an apartment as…